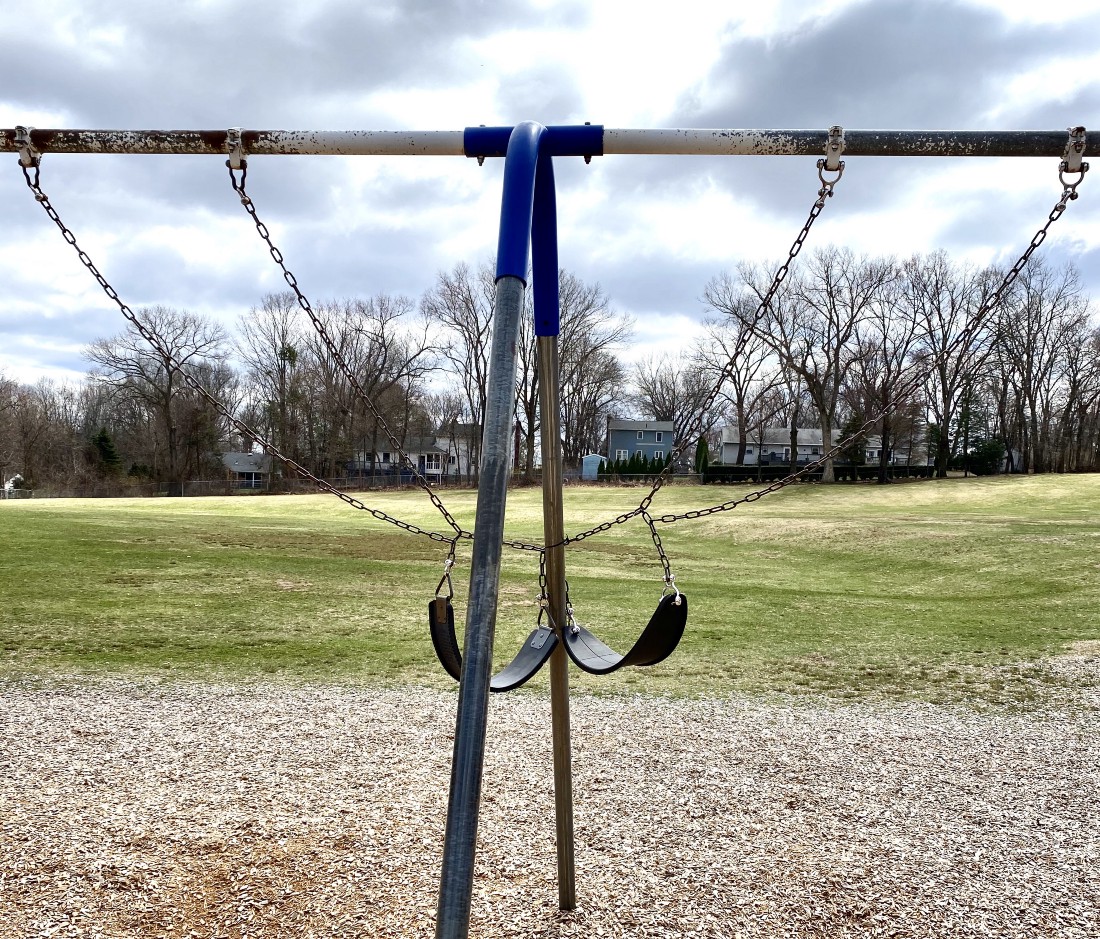 As young as five years old, I understood without real understanding that when I grew into a woman I would someday, inevitably, become a mother.

As a little girl, I semi-regularly played the game of House with a friend who lived in the next apartment building, and we’d choose our roles before each game: Husband or Wife. We took for granted that choosing Wife also meant playing the role of a mother.

We believed this because we watched as much TV as any kids in the late ’70s, and studies show TV programming has a long and largely unchanged history of featuring women or girls in absurdly stereotypical roles.

I bugged and bugged my dad for months. That Christmas, I tore open a box and pulled out and held my own tiny baby, dutifully fantasizing about motherhood even before having finished second grade.

This conditioning persisted into my teenage years when I was starting to suspect motherhood wasn’t for me, with movies like For Keeps, in which pregnant teenage journalist Darcy Elliott (Molly Ringwald) learns having and raising a baby is more important than her journalism goals, and then into my twenties with the NBC sitcom Friends, in which every female character gets pregnant at least once. Not too long ago, in my forties, the horror film Birdbox proved itself to be little more than messaging to women who don’t want children that the day will come when they’ll finally remove their blindfold of ignorance and see that caring for children was the only thing they needed to feel safe and happy all along.

“Women are mothers, The End,” is a repeating programming note so persistently delivered that it bonds with our cellular structure.

Messaging from magazines, commercials, TV shows, and movies so successfully shepherd us into believing we are meant to be wives-and-mothers that many women who are certain they don’t want children, as I was by the time I was in my midtwenties, will still question themselves. They’ll wonder what’s “wrong” with them, doubt their instincts about their own lives, and be scared by people’s threats of, “What if you regret it?”

Others feel tormented by a future over which they genuinely believe they have no control.

Hers wasn’t a unique sentiment. So many girls and women feel this way that it isn’t even very interesting.

It’s almost as if what women want matters until what they want is to not have children.

What is interesting is how readily people will roll their eyes at this complex and deeply felt dread of living the opposite of a desired life. Equally interesting is that the same people rolling their eyes will, with Stepford-like reflexes, be devastated for women who want children but can’t have them.

It’s almost as if what women want matters until what they want is to not have children.

“It’s never the ‘right’ time to have a baby, so it’s always the right time!” At least, that’s what they say.

Those who worry they don’t have enough money to properly clothe, feed, and care for a child are told they’ll figure it out, or the Lord will provide, or some other benefactor on earth or in the ether will fill their pockets with enough cash to pay for meals, hospital bills, diapers, and the next 18-plus years of raising a child. Yet, somehow, children all over the world are living in poverty — 11.9 million in the U.S., 4.2 million in the U.K., 774,000 in Australia. (Astoundingly, the person who would say “you’ll figure it out” is often the same person who would call the child poverty statistics tragic.)

People with goals they hope to achieve are assured they’ll find the time while parenting — “Where there’s a will, there’s a way.” Meanwhile, anonymous confessions written by regretful parents flood Reddit and various online publications.

Some decide not to have children because of the worsening effects of climate change. These women become the target of essays by mothers who recount their own struggles with a similar decision before reaching the conclusion that having a child is definitely worth it — whatever “it” might be. One writer rationalizes that mother and child can bravely weather the unknown climate future together. As romantic as that sounds, among a list of other climate change dangers unique to children is that they’re more vulnerable to heat waves, poor air quality can damage their lungs, and scary or destructive weather events can put their mental health at risk.

Even the pandemic was presented as “as good a time as any” to have a child because babies are considered life-affirming. But almost since the pandemic began the internet saw a virtual avalanche of personal accounts from mothers struggling to keep their jobs while forced to homeschool without proper training, and from parents sharing the deep sadness they feel on behalf of their children who can’t engage in traditional socialization at school, have normal physical contact with friends, or enjoy an active social life outside the house.

Those who simply don’t want children regardless of plans, pestilence, or politics, as I ultimately didn’t, are told over and over again by family, doctors, and complete strangers, “You’ll change your mind.” Whether independently or under the suffocating weight of the pressure, you’ll change your mind.

Whatever the reason behind this multifaceted push for women to become mothers — the economy; control; cultural expectations; white supremacy; religion; etc. — none takes into consideration the happiness and welfare of women.

Jonathan P. Schwartz, PhD, former associate dean of graduate studies at the University of Houston, says people who enter into something as life-changing as parenthood without being fully interested and engaged “will experience all kinds of psychological symptoms — depression, anger, resentment.”

And while it has been established in our society’s Big Picture that a woman’s happiness is, let’s face it, inconsequential, her overall life satisfaction will impact her effectiveness as a mother and the quality of her children’s lives.

However, and arguably more important, the pressure to have kids also doesn’t concern itself with the happiness and welfare of the children we’re supposed to have. Whether it’s willful ignorance or the result of complete indoctrination, many simply ignore the reality that unwanted children don’t always burst forth into a hospitable, never mind loving, environment.

If someone doesn’t want to have a child, for any reason, it is unquestionably the wrong time for them to have one.

The fact is, not every woman embraces motherhood simply because she’s given birth. And children know when they aren’t wanted. Some end up dying (1,840 of abuse/neglect in the US in 2019 [5/day]; ), but many are lucky enough to squeak by feeling unwanted and unloved by their parents and only risk suffering from attachment insecurity.

A dry, clinical term for the heartbreaking stories unwanted-children-turned-adults have shared anonymously online:

“I was aware from my earliest consciousness that I made my parents miserable. I felt constantly burdensome and problematic and did my best to hide or quash any needs I had,” writes “Mangogirl27” on Reddit.

In response, “Chilly73” writes “Even now, approaching 40, I feel that my mother [would have] been a lot better off if she’d never had me or my siblings. I honestly believe she got married and had kids under familial pressure.”

I’m lucky — as are any pressure-induced children I might have had — that the shows and movies I watched, the magazines I read, and all of the powerful advertising I’ve processed over the past four decades didn’t persuade me to submit to a supposed-to life. Had I done that, I have no doubt I’d have been the (all too rarely portrayed) unfulfilled, frustrated, resentful, and unintentionally damaging mother brilliantly illustrated in Celeste Ng’s Little Fires Everywhere.

But, for a variety of reasons, others have a harder time fighting the programming, and their happiness and the happiness of their potential children continue to be thoughtlessly endangered. It would be unfair to characterize the cavalier way others relentlessly prod women to make babies as intentionally malicious (it usually isn’t), but I think it is due in large part to society having embraced the cheap and intolerable symbolization of babies.

Babies are “hope,” we say. They are an “affirmation of life.” They are a “fresh start,” or a “bond” between two people.

But babies are, in reality, none of these things. They’re regular, earth-bound people just like we are, and it’s unfathomably unfair and unjust to dehumanize them in that way.

Women and the babies they might ultimately have are all unique human beings, and they all deserve compassion and respect. If someone doesn’t want to have a child, for any reason, it is unquestionably the wrong time for them to have one.