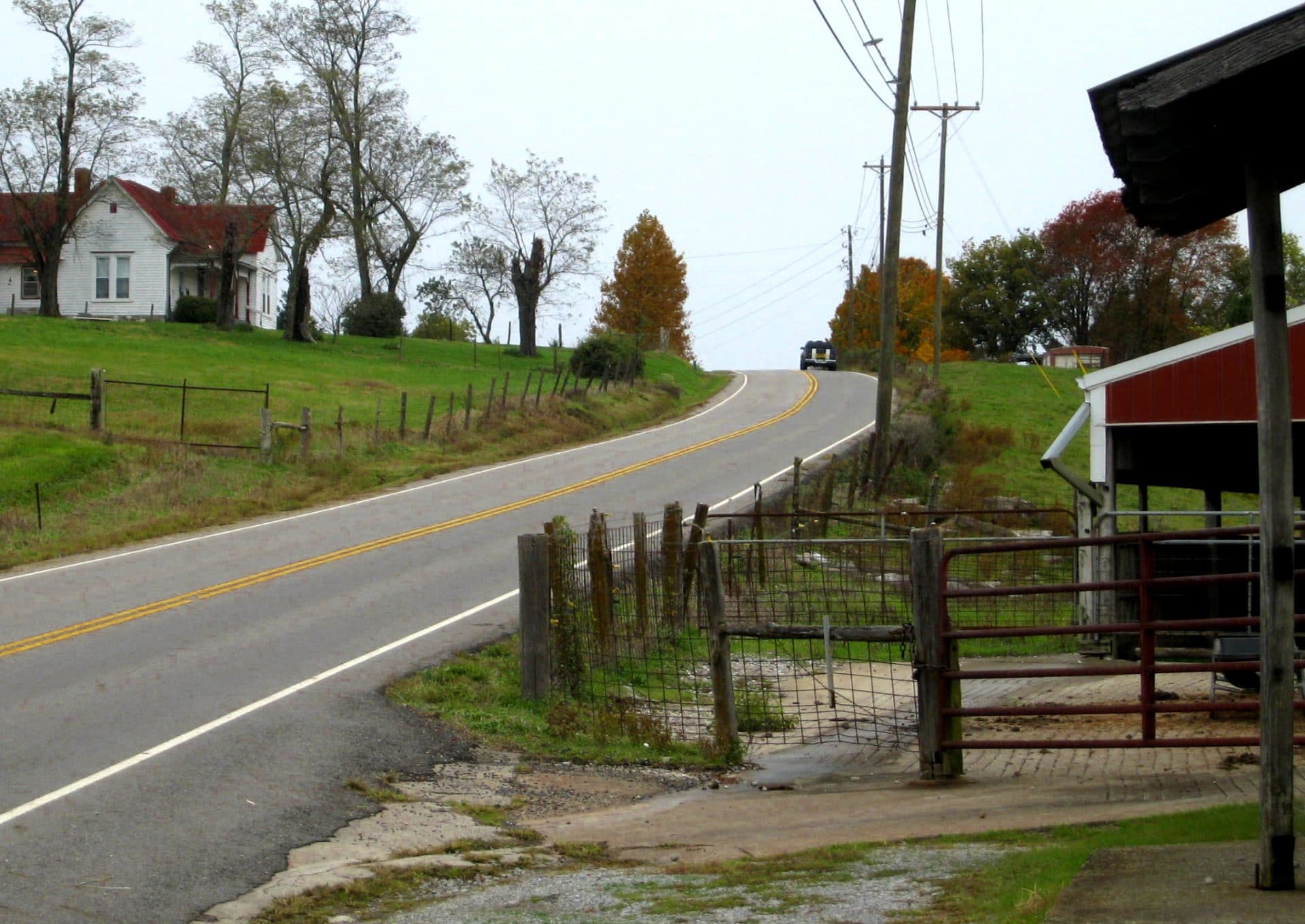 “One must not put a loaded rifle on the stage if no one is thinking of firing it.” – Chekov

“If in the first act you have hung a pistol on the wall, then in the following one it should be fired. Otherwise don’t put it there.” – From Gurlyand’s Reminiscences of A. P. Chekhov, in Teatr i iskusstvo

I used to help Ian out with his job, back when he had a certain job. My help usually involved making pickups. (It was all legit. I swear.) What happened was, I’d get an address and a name and a phone number, I’d call the person, and I’d set up a time to make the pickup. Ian sent me directions from Google maps (this was pre-iPhone). I’d drive out, knock on the door, smile, pick up the thing, and skeedaddle.

One of the pickups was at a small house at the top of an up-slope on a long, Tennessee country road. I pulled into the driveway. Some chickens wandered around in the yard, and a few small dogs barked behind a wire fence off to the side. The gate to the front walkway was makeshift-locked with a stick, so I knocked on the sliding patio doors and waited.

The man who opened the door was probably in his mid- to late-sixties. He invited me in, said, “I want to show you somethin’.”

Because I was there for a perfectly professional reason, and because people knew I was there for that reason, I stepped in. (Every other pickup person had invited me in, too, to get the thing, so it wasn’t out of the ordinary.) He showed me where the thing was, and I picked it up and put it over my shoulder. (I’m not going to tell you what the thing is because it isn’t relevant.)

The room had a pool table sitting in the middle of it with a revolver tucked up against the rail, guns and other random items on dusty shelves by the door, and his walls were home to a display of artsy woodwork. The kind of wall-hanging wood carvings you see at craft fairs…dark and light wood Americana, stained glossy. Eagles, boys with fishing poles, Labrador Retriever faces, flags. Nice, if you’re into it. He showed me worn cardboard boxes on the floor with antique pieces (tools, pulley system wheels, and things I couldn’t identify) he’d found at estate sales. He talked about the carvings and about the good deals he’d found on all that metal. He talked about some old guns he’d found, and how much he was offered for them, and while he talked I noticed a scattering of bullets beside the revolver.

He kept talking, and I kept looking at the gun, perfectly accessible to him. Sure, there was no reason he would grab it and shoot me or threaten me with it, but what if?

I sized him up. Compared to me, he was old. I like to keep my muscles working (push ups and little weights, you know), and Ian seems to think I’m freakishly strong for my size, so I tried to figure out whether I could take him. One would think: yes. However. My father, at 62, is shorter than this man, and was even thinner when he was brought into ICU last year and it took four nurses to hold him down after he woke up at one point drugged and confused and wanting to get out of the hospital. He was that strong when he wasn’t healthy.

I figured, this is how these things happen. How people disappear and end up being found, dead or alive, in the basement of a man people have always described as “pleasant” and “quiet.” The women who end up dead in the basement make the mistake of thinking, “Oh, migod! He’s, like, totally harmless!”

When he paused mid-gun talk, I said, “What about that one?” and nodded at the revolver.

“Oh, this?” He turned around and picked it up. He popped out the cylinder (is popped the right word? I’m not a gun person, yet). It was loaded. He emptied it, one bullet at a time. “I’m bad about keeping these loaded,” he said. When all the bullets were out, he handed it to me so I could look at it. It was another one of his antique store or estate sale finds, and he’d already been offered money for it.

That it was no longer loaded was nice and cozy, so instead of wondering what it would feel like to be shot or overpowered and dragged kicking into a closet, I thought about how I’d like to have a gun for target shooting. I’d done it once with my mother–used a .38 and a .22 and didn’t do too bad with either–and would like to do it again.

I handed back the gun and expected him to set it on the table, but instead, he picked up that box of bullets and,  one by one, reloaded. Talked more about his woodworking while he did.

Why? Why reloading? Hadn’t he just said he was bad about keeping it loaded? Yet, here he was, loading.

I said, “Oh really that’s great and I love your stuff you should go to a fair or something [inch toward door] do you have a website I hate to cut this short but I really have to go [hand on door handle] because they’re expecting me so nice to meet you have a good day bye.”

Maybe I’m a headcase, but on the way to my car I imagined hearing the sliding doors open, or the glass shattering with the bullet aimed at my leg. Once behind the wheel, I hoped the driveway did, in fact, circle around the house the way he said it would and that I wouldn’t end up stuck in front of a shed.

It did circle around, and obviously, nothing happened.

I realize I live in the south. This was an older guy, living in his little house in the country with his chickens and his southern-man guns and his dogs. (Yeah. Way out in the country where no one will hear a thing.) When I asked him at one point if he and his wife ate the chickens and he said, “Not yet. It’s kinda hard to eat ’em once you get to know ’em,” I should have taken that as a sign he wasn’t violent.

Then again, the psycho in Silence of the Lambs had great affection for his dog.