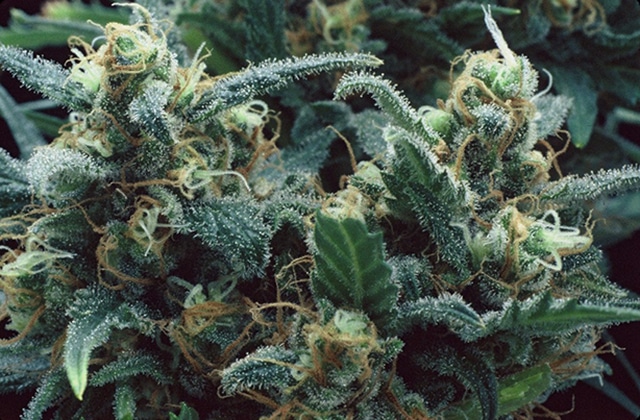 A few years ago, someone very close to me was in the ICU in an induced coma so he could heal after having his insides pulled from his body, cleansed of lethal toxins and bacteria, and returned to the cavity following a perforation of his lower intestines. He had less than a 5 percent chance of survival, and doctors had no idea whether he would ever come off the respirator.

For three weeks he lay in the bed in a drugged sleep, his body exhibiting a variety of signs — high blood pressure, jaundice, fever — that doctors were unwilling to diagnose. His many human systems, they said, were essentially rebooting.

“We can only wait and see,” the specialist said. “At X marker, you can relax a little.”

That marker arrived, he was taken off the respirator, and he would live. His mind was intact, but he was weak from spending so much time in bed. All of his organs were struggling to work normally, with one exception: He had been outfitted with a colostomy bag that hung from a hole in his abdomen.

Following a stint in a physical rehabilitation facility, where this previously able person was now using a walker to strengthen his legs, he went home with no fewer than six medication prescriptions.

The hiccups began a few days later. Some post-surgery hiccups are said to be normal, but remember: He had just been sliced down his middle and had his intestines pulled out and then stuffed back in. Any single abdominal spasm would have been bad enough, but he had relentless, what he described as “body-jerking,” spasms. They began in the morning at a rate of about one every two or three seconds, continued like that throughout the day, and ebbed only during sleep.

He told his doctor about the hiccups and went home with another prescription. It failed. The hiccups continued, each one making him wince and hold his breath.

Still weak from lack of muscle use and tiring himself by simply walking from the living room to the kitchen for a glass of water, he also needed food to provide him with energy to rebuild his strength. But nothing tasted good to him, and he was easily nauseated. Whatever he forced himself to swallow soon came back up.

So he tried marijuana.

I was there, so I witnessed the remarkable difference between the true relief cannabis provided and the lack of relief provided by the little white pills protected in bottles with child-proof tops.

When I told him I was writing this — and I keep his name private because medical marijuana isn’t legal in his state — he asked that when I explain the relief, I “not minimize” it.

It worked immediately, unlike many synthetic drugs that can take weeks to take effect. And as he was using it, there were no side effects outside of the expected “high” feeling and some drowsiness. When he stopped using it because he didn’t need it anymore, he didn’t have to consult a doctor or “taper off” as we’re told to do when coming off prescription medication so we can avoid potentially dangerous withdrawals.

There’s no question we have, at least as a state, begun to accept the very real medical benefits of marijuana. Legalizing it for its medicinal qualities was a monumental step forward, and the process, on its surface, doesn’t seem to be very complicated.

To qualify for medical marijuana, patients need only register with the Department of Consumer Protection. Upon receiving valid registration, they may legally obtain marijuana “within this state from a licensed dispensary,” according to Section 3 of House Bill No. 5389.

Except, according to a representative from the Department of Consumer Protection, there is no licensed dispensary in the state. Which means patients would have to get their cannabis out of state, or from an illegal dealer within the state. In either case, they would become “criminals.” Stafford Resident State Trooper Sgt. Robert Duncan said he would probably have to ticket and fine a registered marijuana user caught buying drugs from an unlicensed dealer.

The same representative from the Department of Consumer Protection said the department is working on regulations for dispensaries and growers, and that a proposal will be submitted to general assembly for a vote on July 1, 2013. That’s the good news.

As of November 30, only 65 of the estimated 100,000 patients Eileen Konieczny, registered nurse and medical marijuana consultant from Stamford, believes would qualify have registered with the department for legal certification to use medical marijuana.

A lack of doctor recommendations combined with reluctance on the part of patients could result in hesitation from otherwise interested parties to open and run marijuana dispensaries. It would be too financially risky if demand weren’t high enough.

The stigma surrounding marijuana will undoubtedly make this statement elicit a wry smile, but we need more people to try to get marijuana. More patients have to register to use it for it to eventually be available in adequate quantities in our state.

Giggle if you will about what Konieczny calls “one of the safest medicines” out there. I’ve seen how essential this “silly” drug can be to someone whose quality of life has been diminished. Forget that people use pot to feel good even when they’re not sick. It doesn’t make it any less valuable. If it did, we’d have to question the legitimacy of every prescription medication teens and adults alike have used to get high — including Ritalin, Xanax, Valium, Fentanyl, Oxycontin, Percocet, and all of their generic derivatives.

If you think you’re eligible, please seriously consider registering for medical marijuana use. You don’t even have to smoke it; you can bake it into brownies, take it via lollipop or lozenge, or like any herb, put it in your tea.