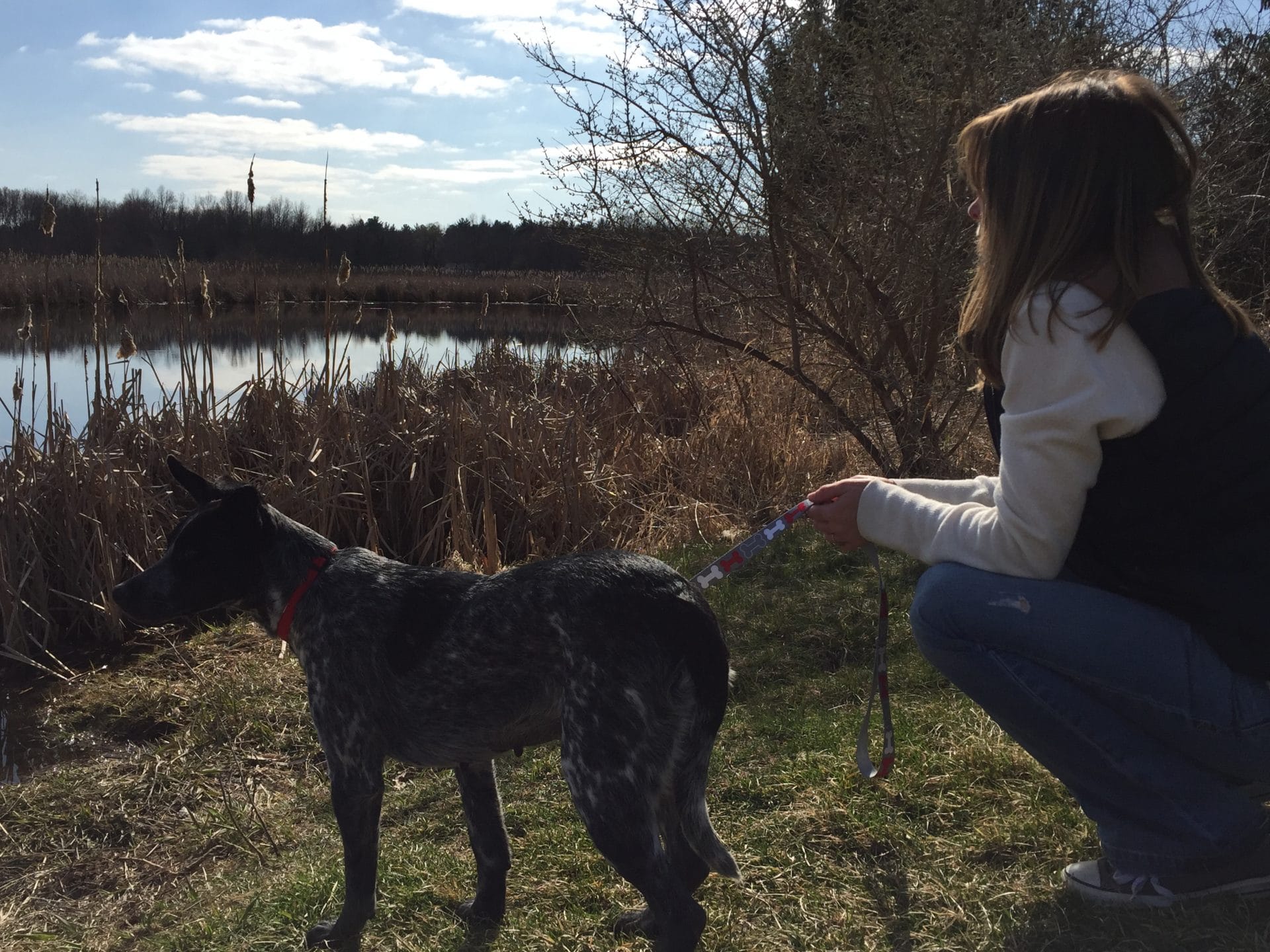 As I write this, I’m holed up in a room on the second floor of a hotel ten miles from my house. It’s raining. Over the balcony’s wide railing I can see headlights about a quarter mile away sliding down the interstate’s long, curved hill, tractor trailers engulfing the cars behind them in glowing clouds of kicked-up water spray. It’s like watching a mechanized ballet, and at this moment, to say it’s the most beautiful thing I’ve ever seen is only a small exaggeration.

I can do things like spontaneously leave home to stay in a hotel for the weekend because I don’t have kids. I never wanted them – not only for reasons that aren’t reasons (the same reason-less way someone doesn’t want to be a doctor or an actor), but for lifestyle reasons: an attraction to freedom, to the ease of caring for nothing more complicated than cats, to having all the time I wanted or needed to write or … whatever else. To living life comparatively unencumbered by the self-inflicted responsibilities other women my age were dying to escape, if just for the weekend. “Two days, please, two days… Just let me read one goddamn book,” they say (adding: “I REALLY DO LOVE MY KIDS, BUT…”).

The last time I was at this hotel, the only other time, was nine years ago when as a new-ish town news reporter covering a festive fundraiser I got stumbling, slurring drunk (and had a hell of a time!). It was my least proud moment, and seeing the exit sign for the hotel has embarrassed me ever since. I had no intention of ever coming back.

Typically, if my husband (Ian) and I were spending a weekend somewhere together, we would (in addition to going somewhere a little farther from home) take the time to find the hotel we wanted, but we could still leave with little notice. Coming and going as we pleased was easy with only a catsitter to worry about (and ours is both reliable and often available). Left alone, the worst the cats do is walk on the counter. (We know this because one away-weekend they walked right in front of a security camera we’d posted on the counter.)

Typically, pre-getaway concerns amounted to little more than writing cat instructions and, to make coming home a pleasure rather than a stressor, doing the dishes and/or mowing the lawn.

And typically, Ian and I would be spending this weekend-in-a-hotel together. Though, not in this particular one. Unfortunately, when I started desperately searching for rooms on a Thursday night for a Friday check-in, this was the only hotel available. It would have to do.

I had to escape my new dog.

Lenny was an accident.

We’d only been in the strip mall parking lot that Saturday in March to pick up something fun at the liquor store, as childfree couples with a weekend free are sometimes wont to do. We were out of the car, confidently headed in the right and only direction, when, “Hey,” Ian said, looking at PetSmart a few doors down. A man and a woman  stood on the sidewalk beside a wire enclosure holding two little dogs. “It’s adoption day. Let’s go pet some dogs first.”

“We don’t have to if you think it’ll make you sad, or something.”

“Or if you think you won’t be able to leave without a dog.”

We went into PetSmart. We pet dogs. One dog flipped onto its back the second you put out a hand. Another had the butt-wiggles. But one just sat there in her crate with her ears down and her eyes peering cautiously forward – not up. She had an open wound on her side. “We think it happened during transport,” said the woman from the rescue group. “She’s had an antibiotic. Just Neosporin it a few times a day and it should be fine.”

Why would I Neosporin this dog? I’m not Neosporining this dog. This dog has nothing to do with me.

Ian, who had grown up with dogs (two goofy Labs who would sneak out of the house and walk themselves to a swimming hole), came over to me and little wounded girl after petting a more aggressively friendly male and pet her politely. “She’s sweet,” he said.

We stood up and headed for the exit. Slowly.

“What if we just brought her home?” I said without knowing I was going to say it and without knowing I’d then step outside with him to convince him I did want to do it, yes, and why not? We had someone home during the day – me – and we could give her some happiness, stability.

I’m a cat person. All I knew about dogs was to not get a Border Collie because of their high energy level. Before filling out the adoption papers, we did no cursory smart phone research. The rescue group told us only that she was probablymaybe a cross between a Blue Tic and a Blue Heeler, nothing that meant anything to us. I thought we’d take her home, walk her every day, play fetch, and love her. While I wrote or did interview research, she’d sleep next to me in a dog bed. When we went somewhere, she’d come with us, or we’d kennel her, or something. That’s how it was in movies, after all. Easy!

Instead, I spent her first week researching and fretting over the best food to give her (dry? canned? raw? freeze-dried raw? Agh!). Her second week with us she had diarrhea (worms), and I spent four nights not-really-sleeping beside her in the spare room so I could take her outside every hour and Ian could keep sleeping (he has a day job; I can theoretically take naps). She didn’t like going for walks – would immobilize when cars drove by, when someone stepped out of their house, when a dog barked, when the wind blew… It would take two hours to move her 1/8 of a mile, and for a torturous month the walking effort was an overwhelmingly exhausting twice-a-day exercise in the kind of patience I was positive no human being had the capacity for.

After something in her clicked and she started walking, she also started barking. She was bored. She needed exercise. We researched her, and oh shit oh shit she’s one of those dogs that requires a lot of exercise and stimulation to be happy and we only have a small yard and I can’t run fast for longer than a block and she doesn’t have any clue what “fetch” is.

She doesn’t sleep in her bed beside me while I write. Instead, the moment I sit down, lately, she walks into the room and stands next to my chair and barks at my head until my brain stem vibrates.

My conversations with Ian used to be about something I’d read, some interview I was researching, a story I wanted to write. Since March, I’ve generated no conversation that didn’t have to do with the dog. Lenny, Lenny, Lenny!  Some command she learned, something cute she did, solid poos (yay!), a poo on a walk (yay!), something she didn’t do, something dog-related I read online, how awesome she is at walking now, some behavior that scared me (“She’s going to attack me, I know it!” “No she isn’t. She’s playing.”), some fear that she either didn’t or would never like me, that I was doing it all wrong.

The lawn is overgrown with bald dandelions, tufts of shin high grass, and weeds. The house is filthy beneath the surface.

I’ve spent so much time actively being with Lenny – and if not being with her, thinking about how best to care for her – that I see her face in my sleep.

I never wanted kids, but somehow I had, apparently, become a helicopter dog-mom.

I almost cried when, after half-jokingly telling Ian I was thinking of staying in a hotel for the weekend, he immediately went online to book the room for me. (He obviously couldn’t come with me – Lenny can’t be left alone for two days, we’re not kenneling her, and who did we know who could watch her? No one.)

After waking up this morning, every hour that passed was one hour closer to my getaway. I packed my tiny duffel bag five hours early, and the trunk was already loaded when Ian walked through the door after workBYE!

The road was delightful rainy hell and my car speakers blared Louder than Bombs. By the time I got to the middle of “Asleep,” I was thinking, “You know, I think we might unfairly stigmatize suicide…” A thought that might spark some debate, sure, but also a thought that for the first time in a month and a half had nothing to do with the dog.

Taking care of a dog is obviously nothing compared to having a child, and that’s given me an entirely new appreciation for what parents go through – because whatever this is, their experience (well, for the neurotic and guilt-stress prone like me) must be this x 100. And I know, now that I have this (actually very good) dog who truly isn’t a nightmare as much as my own anxiety about taking care of her is, that I absolutely definitely am glad I never had one.

I REALLY DO (or will) LOVE (and now kinda miss) MY DOG, BUT…

…but I think I’ll see just how long I can drag out these hours between now and checkout time, and then go home fresh and simply enjoy her.

11 thoughts on “Learning (and leaving) Lenny”