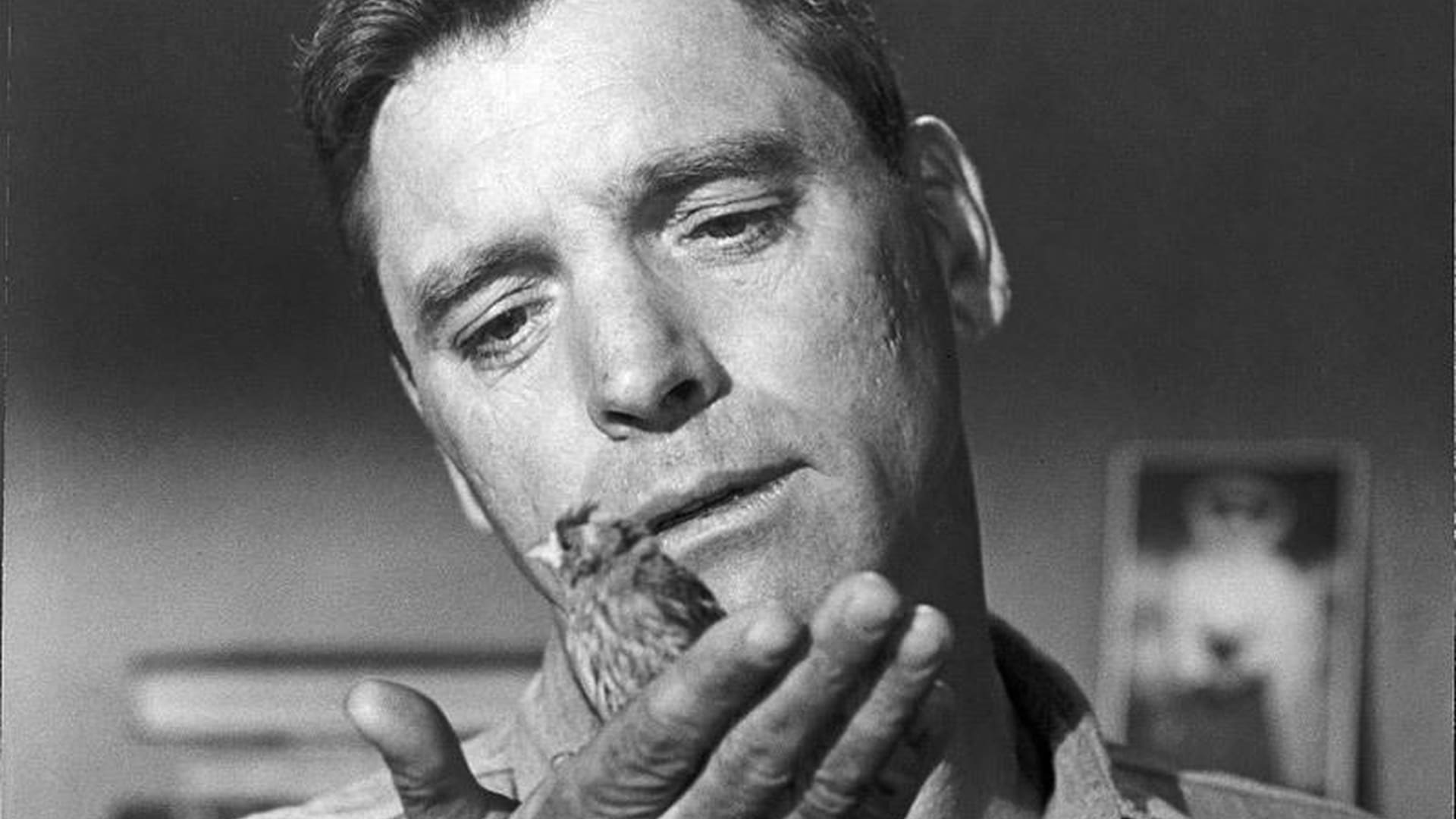 There’s a prisoner at San Quentin the staff call “the bird man.” That’s what the bird man, whose real name is Mike Miller, says they call him, anyway. Ever since he arrived at San Quentin, he says in an episode of MSNBC’s “Lockup,” he’s been a bird magnet. They perch on his shoulders, sit in his hands, and stand nearby when he’s out in the yard.  And not just pigeons, either, but all kinds of birds — finches, red winged black birds…

I can’t help but think this is the kind of man who, before the advent of all-things-recorded and released to the public, might have become one of the legendary prisoners whose story makes it over the penitentiary walls and is passed down through generations. A few years after the bird man’s eight-year sentence for burglary ends, fellow inmates would start telling the stories, some of them true, some probably grossly exaggerated (“No shit, man, he had a fuckin’ Cooper’s Hawk in his cell.”), until he one day earned the same legendary status as that of Robert Franklin Stroud.

“Maybe [the birds] are confused and think I’m the Bird Man of Alcatraz,” Miller says in his “Lockup” segment. He removes his hat and turns his face to the side and says they look alike.

The Alcatraz bird man, Robert Franklin Stroud (described in 1963 footage of a then-recently closed Alcatraz as “brilliant but psychopathic”), admittedly probably had a little more going for him than Miller. He earned his legendary status by studying birds in a lab allowed by the prison, by writing (Diseases of Canaries and Looking Outward: A History of the U.S. Prison System from Colonial Times to the Formation of the Bureau of Prisons), and by making contributions to avian pathology.

But legends aren’t real life. In the movie Birdman of Alcatraz, Burt Lancaster plays the legend: a tame, compassionate version of Stroud, who in real life was such a danger to guards and fellow prisoners that he spent most of his prison life in solitary confinement.

Surely a legend could spring from a modern-day man of such natural magnetism that the most fragile of creatures — hollow-boned and tiny-legged — are drawn to him for companionship.

Or could it, when there’s already so much story noise and video documentation of every day of every life in almost every camera-holding nation with access to the internet?

I’m not anti-technology or anti-camera. I think there’s something extraordinary about having the ability to create and leave behind the kind of records I would wait in line for days to see if an equal abundance were discovered to have magically captured the caveman period, the Victorian era, the Renaissance, or the everyday home life of a marriage between a businessman and a flapper.

“Oh, applesauce, Howard. Stop being such a bluenose. It’s just a drink with the girls. Why, ever since you put this handcuff on me I haven’t even looked at a bell bottom!”

But I think what attracts me the most to history and those who lived in it — as well as to some of today’s people — is what I don’t know and can only try to imagine. There’s a lot of drippy, glowing romance in imagining what something (or someone) might be like, and that there’s very little to no recorded footage of the real thing leaves a lot of room for creativity. Maybe a little instructive or inspiring fiction.

This animation of a low-level flying tour through 1700s London,  and even movies that depict the era, fascinate me because of the glimpses they provide into a world, a time, so foreign. Yeah, okay, there’s an emaciated man sitting against a building and a figure lying, most likely dead, on the ground in one of the animation’s images. And, yes, movies don’t shy away from the squalor, the violence, the very young prostitutes of the time. But they’re all so interesting, because what must their stories be? (The answer: Well, whatever we want them to be.)

Had someone managed to capture conversations among groups of 1700s men having a few drinks before heading to a hanging, or a hot, lunchtime meeting about shop inventory, and in so many hours of real-time footage that we could binge-stream it for months straight on Netflix, would the period have the same allure?

Were the sixties more like today, would we know Marylin Monroe as the sultry, mysterious, damaged, unfortunate, and unattainable bombshell who continues to inspire an intoxicating combination of lust and pity? Or would we know far too much about her for all that Vaseline-lens fantasy and instead categorize her with the likes of Anna Nicole Smith and Lindsay Lohan?

The bird man of San Quentin might have had a chance in the sixties to become a legend, and maybe even the subject of a movie. A criminal in a maximum security prison who draws vulnerable wildlife is the kind of story that seems to live and grow on its own over time — that is, unless a camera crew is available to record the stories of hundreds of other prisoners around the country, each with their own stories made interesting by virtue of the fact that a camera is recording them for television.

BookBaby founder Brian Felsen says something about self-publishing in a recent 5On interview that I think could apply to the creation of legends:

“My concern is over how curation can occur in a post-Internet era, and nobody’s solved that, in any media. … [T]he wisdom of the crowds has brought us what, Miley Cyrus and E.L. James? I’m starting to miss the era of the pop-culture geniuses. “

In a time when we’re essentially self-publishing our lives and every facet of our cultural experience, where will the legends come from? How will they be selected? How will we even see them?