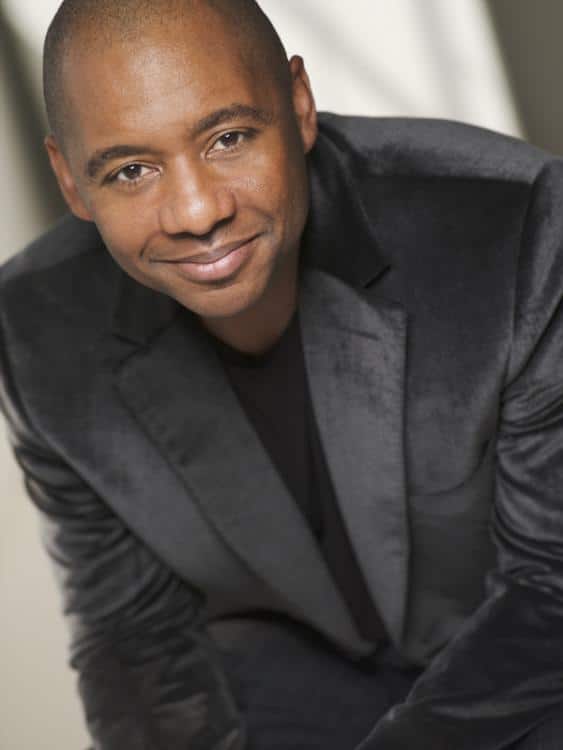 In a 2010 interview posted on YouTube, for example, Marsalis recalls being asked by a reporter in Holland what he’d like to say to his fans. “Nothing,” he said. And then — to give them a little something — “Thanks…?” The reporter then asked if he loved his fans. Marsalis remembers answering, “Well, I don’t really know ‘em.”

He went on, in the recorded interview, to say, “Okay, yeah. I love you,” faking enthusiastic kisses and smiles for an imaginary throng of admirers, explaining to the interviewer that words like “love” have begun to hold more value the older he gets.

Authenticity in general is a priority.

“People don’t gravitate toward people who are blatantly inauthentic,” Marsalis explained in an interview with the Journal Inquirer.

As musical director of the Tonight Show with Jay Leno, Marsalis — had he stayed on after a two-year stint in the early ’90s — could have been set with an impressive paycheck and steady recognition from widely distributed publications. Entertainment Weekly, for example.

“I vividly remember when I was on the Leno show, we (the Branford Marsalis Trio) released a record called ‘Bloomington,’” he said. “And suddenly my record is being reviewed in EW. For what? Never happened before. But that’s what happens now that I’m on TV.”

Wrote Entertainment Weekly reviewer David Hajdu, “Branford Marsalis is no sellout. Music stores will find that this CD won’t sell out either: It’s insular music for the hard-bop elite, scarcely the inclusionary jazz-pop that Marsalis has been developing for his late-night day job.”

As Marsalis explained it, something else can happen in that kind of television environment: creative stagnation, which stifles another of his musical goals — to continue learning, growing, and improving.

Jazz tenor saxophonist Illinois Jacquet once told Marsalis that jazz is a business, and that he should find a few sounds and stick with them; that way, everyone would know Marsalis when they heard him.

“And it’s easy,” Marsalis said. “That’s what I did when I played R&B. But I think a lot of guys take that to heart. When you read a jazz review, a lot is about whether he or she has found his or her sound. And I thought, ‘God, is that really my goal? To find my sound and then have to do that for the next 40 years?’ When you’re on a TV show like that, the appearance of what you are is so great that it doesn’t matter. I could have been in a situation where I didn’t have to practice a note. No one would have been the wiser. That’s what the temptation is, to be more considered something that you’re less of, which would be the ultimate irony.”

His time on Leno, Marsalis said, made him understand who he was, and it wasn’t until he left the show — a decision, he said his father emphasized, that left him no room to complain if he didn’t get the same amount of recognition — that he started taking his music seriously.

He tries to instill that value in the music students he teaches at North Carolina Central University, encouraging them to listen to music not for pleasure, but for education. To listen with specificity.

There is much more to the music than the surface-level sound; there’s intent. While recording “Eternal,” a personal song Marsalis wrote for his wife, he threw a chair across the stage because, he said, the others in the quartet weren’t quite getting it.

“We were tired, it was late. They were just going through the motions. I could feel it,” he said. But then they did another take, and that was the one. Everyone was focused, he said, “and at that point, anything can happen.” Where jazz loses its direction is when musicians “learn a form, then shut their ears off, like ‘I got this,’” he said. “Jazz is full of people who start and stop at the same time and don’t know how to communicate.”

If there’s anything Marsalis communicates effectively, it’s that music, not fame or attention, is the driving force behind not just his creations, but also his promotion of the work.

Ask a pop star, or even some jazz musicians, what the theme or concept of their latest album is, and they’ll tell you it’s love, triumph, social commentary, etc. They may even make something up because it’s what fans want to hear.

“You can’t have a concept from record to record,” he said. “Our job as musicians is to play songs that are effective. Understand what the emotional content of the song is, and deliver that.”

Ask most musicians about their next album, and they’ll say, “I’m working on it.” Marsalis, asked if a new album is in the works, said, “No. As a musician, I’m not in the record business. I’m a performer.”

And what about his production company, Marsalis Music? Any new releases on the horizon?

“No,” he said. “We’re slowing that whole thing down. When you have positive money going out, and none coming in, you have to reassess. We had a good run.”

Most musicians on tour are touring to promote a new album. Marsalis’ tour is one he’s on because he’s a professional musician, he said. Performing is what musicians do.

For their performance, the quartet will play a few tracks from “Four MFs” along with some new material. “We just play stuff,” Marsalis said.

And although Marsalis and quartet pianist Joey Calderazzo will soon release a song titled “Promise (for Ana Grace)” on iTunes to raise money for a fund created in memory of saxophonist Jimmy Grace’s daughter, who died in the Newtown school shooting, the quartet has no plans to dedicate a song to the people of Newtown during their performance.

“That would be pandering. I wouldn’t presume — I find that stuff to be very personal,” he said.