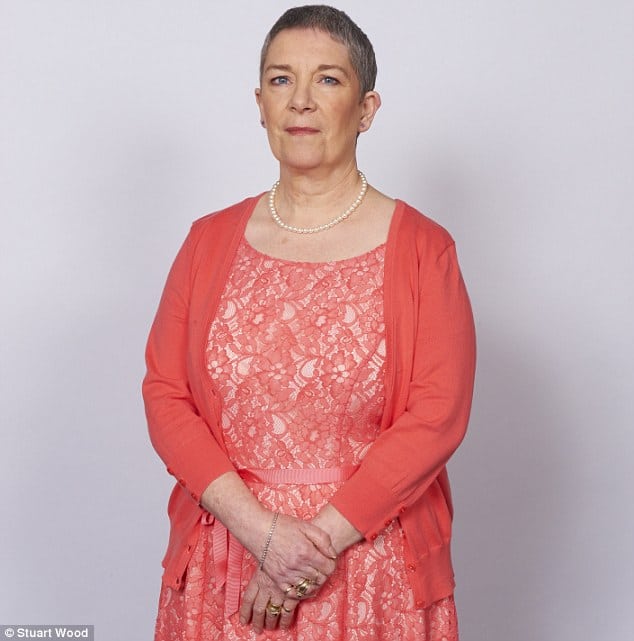 Any child of parents can probably imagine what it might feel like to see a picture of their mother’s (or father’s) face in a major publication accompanying an article whose headline basically screams, “I wish I’d never had the lot o’ ya!”

Isabella Dutton doesn’t say that, exactly. What she does say is that she never wanted to be a mother, and that after becoming one, as much as she loves her two children, she still wouldn’t have chosen to be a mother and believes she would have been happier had she not been one.

Many of the comments (closed after more than 1,000 posted) side with the children, imagining the pain Dutton must have caused her son and daughter by admitting to being an unhappy and resentful parent:

I wonder how loved your children feel after having read this article? What made you publish this article and put this out in public? I resented some of the free time I had to give up, but my children (who are now grown) know that I love them, and if I did not, I certainly would not have written an article and had it published.

It’s never too late to be a good mother; you could start by keeping hurtful confessions to yourself instead of airing them in a national newspaper for no good reason. God knows how your kids feel when they hear how you feel….. your feelings are not unique, but your selfishness is unusual.

What an evil woman.

Others – many others, actually – praise her for being “brave” or “courageous,” and for expressing what others feel but are afraid to admit (even to themselves).

A very brave woman. Well done for being HONEST!

A friend of mine who has children emailed me with a link to the article, and after I told her I didn’t think there was anything wrong with what Dutton said or did (explanation in a bit), she said that while she doesn’t feel the same way as Dutton and would never write such a thing while her children were alive even if she did, she didn’t think there was anything wrong with it, either. But, she said, she does have friends who feel the way Dutton feels.

“It’s sad.” That’s what I came away with, too, after reading Dutton’s piece.

Why I don’t think there’s anything wrong with what she wrote:

I am her full-time carer and if I could have MS instead of her, I gladly would. She knows I would do anything to relieve her suffering and that I will care for her as long as I am able. I am 57 now and as I approach old age, I have an ever-more dependent daughter.Yet I would cut off my right arm if she or Stuart needed it.

I resolved to breastfeed. I knew it would be best for Stuart.

Two years and four months after Stuart was born, I had my daughter Jo. It may seem perverse that I had a second child in view of my aversion to them, but I believe it is utterly selfish to have an only one.

If I was going to have children I knew absolutely – illogical as it may seem in view of my feelings – that I intended to raise them myself without any help from nannies or childminders.

This wasn’t a way of assuaging my guilt, because I felt none. It was simply that, having brought them into the world, I would do my best for them.

I cannot understand mothers who insist they want children – especially those who undergo years of fertility treatment – then race back to work at the earliest opportunity after giving birth, leaving the vital job of caring for them to strangers.

She didn’t want children, but she had them anyway, and she knew that having them meant doing what she believed was best for them. (I’m not going to get into her belief that all moms should breastfeed or that [implied] mothers are selfish to not have more than one child. That’s an entirely different conversation best left to parents to argue about.)

Here’s where the sadness – or maybe the head-shaking tragedy – comes in:

Women who don’t want children – like Dutton – are regularly told, “Oh, you’ll change your mind!” We’re told, “Oh, you just think you don’t want them, but that’s because you’re judging how you feel based on other people’s children. I don’t like other people’s kids, either – just my own. As soon as you have your own, you’ll fall in love. You’ll see.” Have kids! Have kids! Have kids! they push. Even if you don’t want them, have them! Everyone wants children deep down – don’t trust yourself, trust ME!

So, some women, like Dutton, do have them. And some women who have them in spite of their reservations do fall in love with them and decide they couldn’t imagine things any other way.

What’s tragic about Dutton’s story is, here’s a woman who never wanted kids, and who was pressured by her love for her husband into having them (score for the Have kids! crowd!), but just having them wasn’t enough, we learn from many of the comments.

The tragedy is that this kind of pressure to have children probably creates more unhappy parents than anyone will ever know. The double-plus tragedy is that even after they cave and procreate just to make everyone else happy, they’re still going to be flagellated if they don’t enjoy it enough. Or at all.

And what’s worse, they aren’t supposed to talk about not enjoying it, no matter how many of them feel that way. Instead, they’re supposed to suffer alone, quietly, knowing that to admit to making this particular mistake is to invite the wrath of a world of happy moms (and unhappy moms who wish they had the guts to admit to being unhappy).

Perhaps there are some who ‘secretly’ feel as you do but it should STAY secret. There is absolutely NOTHING to gain by announcing this to the world. How must your children feel? If you had any human compassion at all, you would stay silent. You are a very selfish self centred woman!

What a terrible thing to admit to. Why? Couldn’t you keep it to yourself? Your poor children.

How isolating and shaming and lonely it must be. And what a perfect illustration of how we are supposed to view motherhood. The supposed-to is so powerful that only one in who-knows-how-many unhappy parents will dare attach their name and face to a declaration of dissatisfaction.

I don’t know that I would have published this kind of admission if I were an unhappy parent, because I’d be too afraid of what people would think, what they might assume I was doing to my kids psyches. But I appreciate Dutton for doing it, and I understand why she did. Had she given any indication at any point in her article that she was anything but honest with her children, anything but selfless and loving (yes, even when she would sneak away to read by herself), I would probably be just as quick as anyone else to condemn her for being cruel to say such things when her children are still alive to read them.But I have a feeling they knew all of this long before she sent her confession to the Daily Mail. Maybe they even hoped it would encourage other women who don’t want children to either stand by what they want, or at least consider Dutton’s story before having kids to make someone else happy – whether it’s a husband, friends, or the “public” heaping on the pressure.

*This originally posted at SylviaDLucas.com, my pen name website, in 2013 but is just as relevant today.

2 thoughts on “A mother says she regrets having kids: courageous or cruel?”